Sign up to receive the newsletter to your email!

Halloween Safety With COVID In Mind 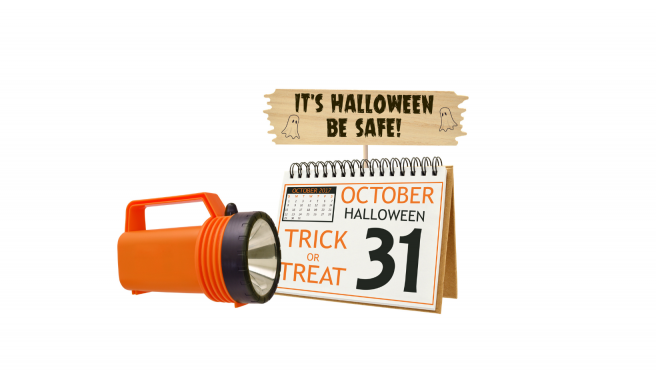 As the month of October approaches as families prepare for Halloween, parents are left wondering what Halloween will be like in 2021, given the ongoing coronavirus pandemic. Kids and adults are looking forward to dressing up and going out to trick or treat in the neighborhood.  With a little bit of planning you can ensure your ghouls and goblins have a frightfully fun time this year.

More than twice as many children are killed in pedestrian-car accidents on Halloween between the hours of 4 p.m. and 10 p.m., compared with the same hours on other days throughout the year, according to the National Highway Traffic Safety Administration. Police will be increasing traffic patrols on Halloween in order to keep our kids safe, and to catch drunk drivers. 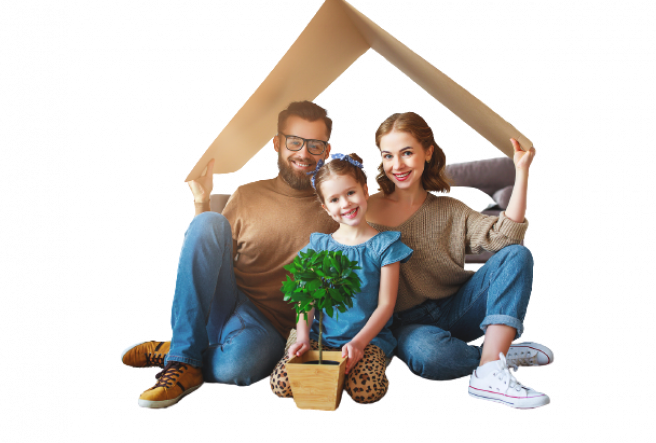 The modern world is filled with risks. From car accidents to slip and fall incidents in the home, the possibility of being sued is a real possibility every person needs to take into account. Nearly everyone accounts for this risk by buying insurance. Personal umbrella insurance takes this concept to a new level.

Policy Limits
Insurance is a staple of any financial plan these days. There is an inherent weakness with every policy, however. Let’s consider your car insurance. It covers you in case of a collision with another party. A typical policy might payout up to $50,000 per claim with a total payout per year of $100,000 regardless of the number of claims.

Let’s assume you are late to work one morning. You try to make it through a yellow light, but it turns red. Traffic proceeds from the crossroad and you hit someone. Your car insurance will pay up to $50,000 to make them whole, but what if it is going to cost more than $50,000? What if they sue you for $250,000? Now you have a problem.

Every insurance policy has a limit. This “policy limit” defines the maximum amount the insurance company will pay out on claims made against you and the policy. Claims can often exceed these limits in worse-case situations, leaving you on the hook for any additional amounts due.

Umbrella policies let you sleep peacefully at night. It is as simple as that. If you have a child who has just started driving, you can sleep blissfully knowing the umbrella policy will cover any disasters caused by their inexperience behind the wheel. So request an umbrella insurance quote now.

Umbrella policies are typically written in increments of a million dollars of coverage. This means you can purchase one million, two million or more in coverage in addition to your underlying policies. If you purchase a million dollars in coverage, for example, the policy would cover any liability claims in excess of your $50,000 car insurance policy up to $1,050,000.
Cost

Is purchasing a personal umbrella insurance policy a smart move for you and your family? Absolutely. You gain the peace of mind of knowing you are covered should things go very wrong and at a very low premium cost. Contact us today for a no obligation quote on a personal umbrella policy for your current situation.

Homeowner’s Insurance Should Be Part Of Your Financial Planning 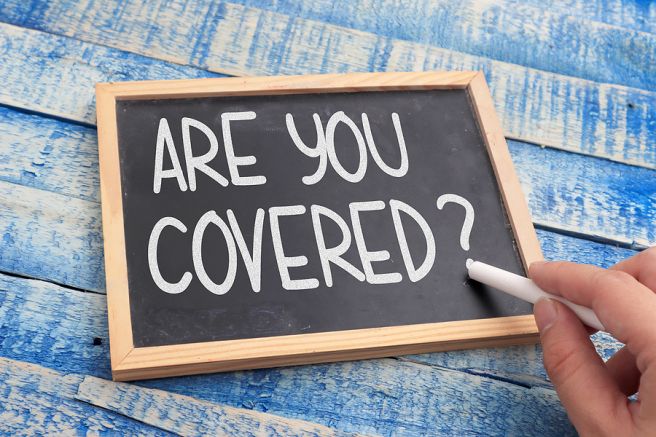 There is no way of getting around the need for homeowner’s insurance. Depending on the size of the home, homeowner’s insurance can cost as little as $400 a year to as much as $2000 a year depending on the home’s value and coverage purchased. The amount of Homeowners insurance you need will also be determined by the value of the personal property, including the upkeep of remodeling on the home, as valuable electronics and jewelry.

One thing to keep in mind while you are searching for homeowner’s insurance is that the rates do vary between each insurance company. There are small ways to save a few dollars to a few hundred dollars, simply by finding some homeowners insurance discounts that are available.

Even if you get homeowner's insurance and decide to go back later and install a security system, don’t forget to go back and call your agent once the system is installed so that you can receive a discount on your insurance. Further discounts may be given for motion sensors or even for video surveillance cameras installed on the home.

Another great way to receive a small discount on your homeowner’s insurance is through fire and carbon monoxide detectors and fire-resistant doors. Remember that not all companies will offer the same discount for fire resistance and fire protection, so it is best to do research on how much of a discount can be received before diving into a remodeling the entire house for fire resistance. Ask your agent as they can offer great advice.

While some homeowners aren’t willing to consider a higher insurance deductible or the price they will pay before the insurance begins paying for loss or damages, asking for price quotes with higher deductibles is an excellent way to receive a discount on your insurance.

Remember, though, that if you choose this route, you may end up paying more than that $150 savings a year if something happens to your home, and you have to pay the higher deductible. Simply weight the negatives and positives and decide if a higher deductible is right for you.

A homeowner’s insurance policy consists of coverage for your dwelling and your personal property. It also includes liability insurance, which pays for injuries to other people or damages to their property accidentally caused by you, your family, or your pets. You also can buy several types of additional insurance for property that is not listed in your homeowner’s policy or for perils not covered such as flood for which you need a separate policy

Auto Insurance — Things You Should Know 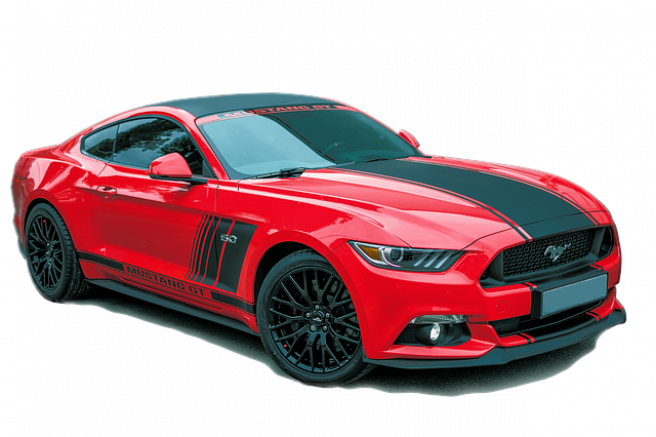 Auto insurance is a policy that protects you from losses, damages, and liability claims you may be exposed to because of your vehicle. It generally caters to three main areas: Property, liability, and medical coverage.

1. Bodily Injury Liability
This takes care of your legal responsibilities to others for bodily injury suffered. It determines how much an insurer would payout to each person involved and also shows the maximum payout per accident.
2. Property Damage Liability
You have a legal responsibility for property damage caused by your vehicle. This part of your policy takes care of this and determines the maximum amount your insurer would pay out for such liability claims.
3. Protection From Underinsured/Uninsured Drivers
But what happens there are injuries to you or your passengers and the motorist at fault is either uninsured or underinsured? This part of your policy will take care of any bodily injury suffered by you or your passengers. It also sets the maximum amount your insurer is required to pay.
4. PIP
This part of your policy takes care of medical expenses incurred by you and/or your passengers due to an accident. It also sets out clearly the maximum amount to be paid by your insurer.
5. Collision Coverage
But what happens when you hit another vehicle? Yes, your insurer gets to fix the other person’s vehicle, but what happens to yours? Well, this is the coverage type that takes care of your own vehicle. That is if it’s included in your policy.
6. Comprehensive Coverage
This component protects you from losses you may suffer from damages to your vehicle that are NOT due to collisions with other vehicles. They include losses due to vandalism or theft and damages caused by natural disasters, falling objects, fire, etc.
So, choosing the best Auto Insurance Quotes.

Why Do You Need It?
1. It Is The Law
Auto insurance is mandatory in almost every state of the US. Driving without a policy could actually land you in jail, depending on the circumstances.
2. It Protects Your Property
What would happen if your brand new car is stolen? Well, it would be replaced if you bought the right type of policy for you. Otherwise, you would have to find a way of paying off your outstanding loan while moving about on foot. The same applies if your vehicle was vandalized or broken into. You will get help from your insurer and get your vehicle in perfect order without having to run around. The common sense here is that you pay a little to protect something bigger.
3. It Protects Your Investment
What happens if you are found liable in an accident and are expected to pay compensations for damages? If you are found to be without insurance, then your case would be worse. But that’s NOT what we are even looking at. Without a policy to protect you, smart lawyers can easily pounce on your assets. This is to make sure compensations due to their clients are paid in full.

Finally, while you will be covered by law, if you go for the minimum stipulated by your state, it is very important to check your peculiar circumstance to determine what’s best for you. You may even need additional policies just to ensure you are adequately covered. If that’s the case then it is worth every dime spent — You won’t be exposing yourself or loved ones to avoidable risks 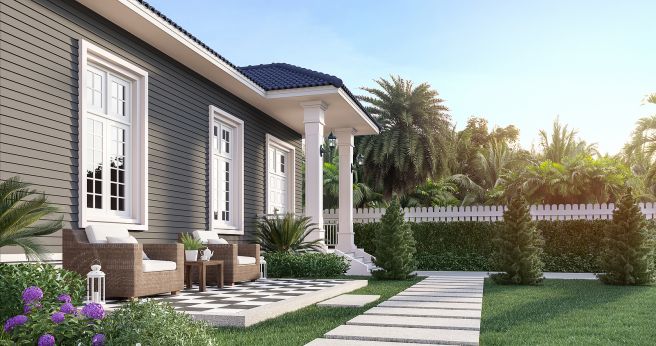 Many homeowners don't fully understand what their home insurance policy covers and excludes. For example, according to a 2018 survey from the National Association of Insurance Commissioners, more than 37 percent of people who have homeowner’s insurance mistakenly believe flood damage is covered by a standard homeowner’s policy, To avoid making costly assumptions, it pays to know what's included in your policy. We are here to help answer all your insurance questions.

Protect what matters most to you and your family with Car, Home, Health, Life & Business insurance. We offer the best combination of competitive rates, coverage and personal service in St. Louis Park.